Top 5 Facts About Tinnitus That You Should Know. 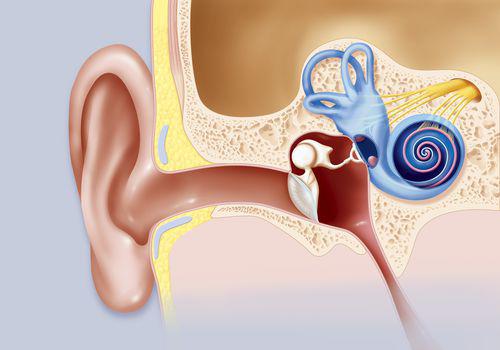 Are you familiar with the word Tinnitus?

Tinnitus is a ringing or roaring sound inside the ear without any external stimulus. It is a sensation of noise that typically disturb the auditory nerve or wax in the ear.  It can either be a temporary condition or a permanent condition which might get triggered by a lot of factors like sudden loud noise, head and neck injury, fire exposures, ear infections and stress. Do we need to know anything about Tinnitus? Yes, You need to know more about tinnitus as it is a condition which a person will not realise the problem of tinnitus until it is a serious condition to an individual.

Tinnitus is a continuous ringing, buzzing, hissing, swooshing or pulsating noise sensation in the ear. It can either be constant or may appear often. Tonal tinnitus includes the continuous sounds with certain set of frequencies. Pulsatile tinnitus is a kind of tinnitus that appears to pulsate, usually along with the heartbeat.

2. TINNITUS IS NOT A DISEASE

Tinnitus is actually a symptom or indicator for medical issues like hearing loss, high blood pressure, medication side-effects, head and neck trauma or temporomandibular joint (TMJ) disorder, middle ear blockages and others. As tinnitus is an indicator, it’s important to get consulted by an audiologist or ENT specialist who can  determine the underlying cause of the ringing sensation and begin the treatment.

According to The American Tinnitus Association, more than 45 million people in the U.S. suffer from tinnitus. It is more often in men rather than women. Individuals who have a history of working or spending most of the time in noisy environments are more prone to this  condition.

In some cases, Tinnitus is aroused due to intake of certain food habits and drugs. People who take in more of aspirin, caffeine, alcohol and salt are found to be severe prone to Tinnitus. Smoking can also trigger tinnitus as it stimulates and increases blood flow.

5. DIAGNOSIS AND TREATMENT OPTIONS FOR TINNITUS

Technically, there is no cure for the Tinnitus but there are several measures and rehabilitation for reducing the symptoms of Tinnitus.  For most of the people, hearing aids can be a greater relief from tinnitus. Hearing aids with tinnitus masking tend to increase the external sound where the ears will blend the noise sensation inside the ears, thereby making it less apparent.  Other relevant treatment for Tinnitus could be lifestyle changes, sound therapy, medications and relaxation techniques.

Whom you have to consult for reducing the effect or symptoms of Tinnitus.

HEARZAP an app in Google play store and App store which will help you to connect to the Experienced Audiologists who can assist you for better Solutions for all the Hearing problems. You just need to download the app and get connected to the Hearing Experts directly. You can also have a chance to book an appointment directly at your home. Talk to the hearing Experts just by downloading the HEARZAP.

Hearing Checkup Right At Your Doorstep.

Download the mobile application from app stores for free

60+ clinics across India and growing